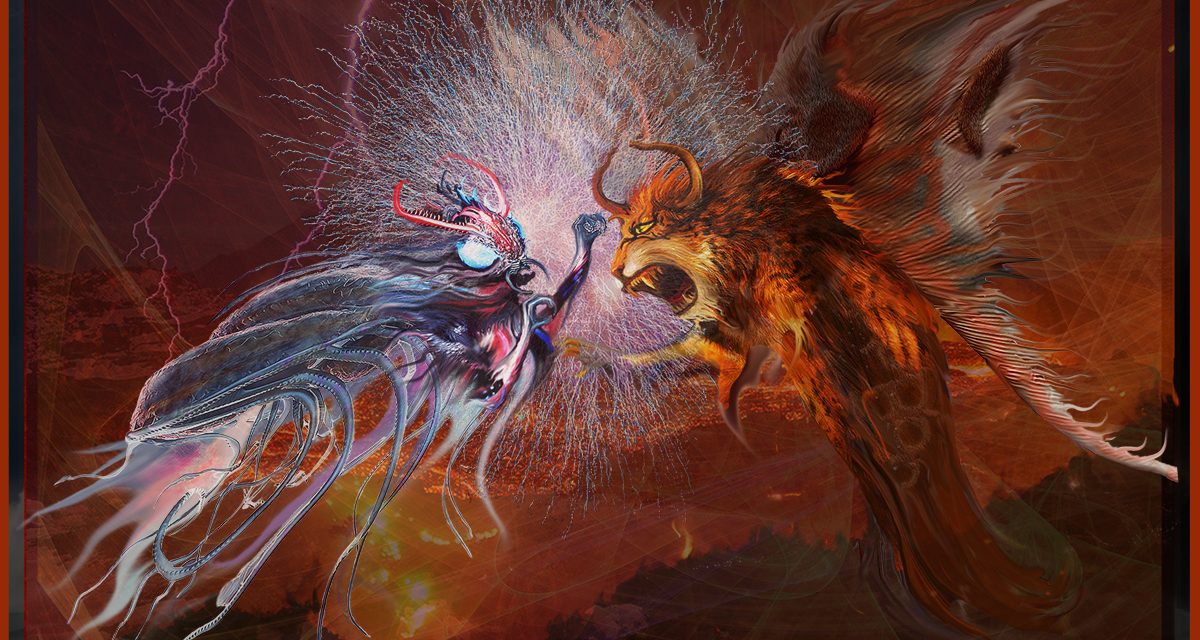 “Down in the Deepflux” by Jake West.

Chaos was this planet’s steady state.  The over-stressed surface could never keep up with the intense and rapid fluctuations of its Cepheid variable star, burning furiously enough to raise sweat on Paxton’s forehead through his mutable-suit.

Paxton and his hi-profile client were at the equator, the region of highest energy-input and greatest instability, to capture a Caterwaul.

But when he reviewed logged data on his helmet display – of a man opening his suit to the caustic atmosphere, gale-force winds, and oven-like heat, and laughing while he did so, with a woman’s bare hand on his shoulder,  Paxton remembered the whispered talk of things called Deepwalkers. 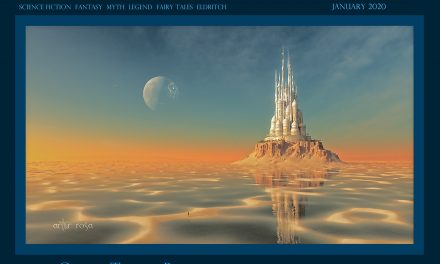 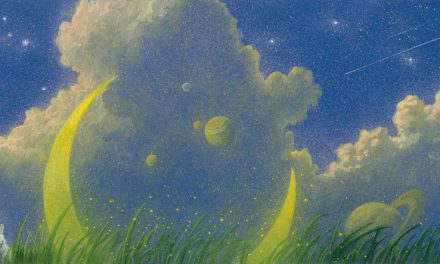 “Ladder to the Moon” by Naoko Awa, illus. by Toshio Ebine 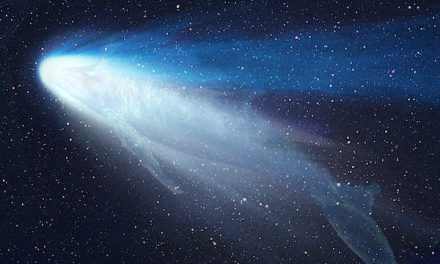 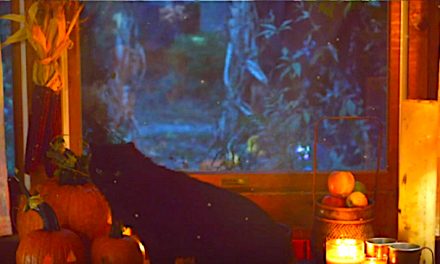